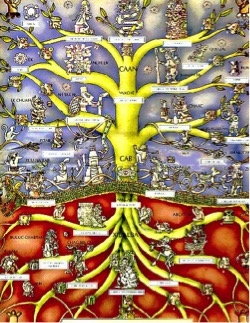 Isabelle ELIZEON has a PhD in performing arts and sciences of art from the IRET – Sorbonne Nouvelle (Paris) and trained in theater at the International Jacques Lecoq School. She is also a director and a dramaturge.She is currently developing a research-creation in arts and sciences at the IUEM in the LEMAR laboratory (Institut Universitaire Européen de la Mer, Plouzané) within an interdisciplinary team. She is also leading a research project supported by the CND (Centre National de la Danse, Pantin) on the dance of choreographer Bernardo Montet. Her research focuses on transdisciplinary dynamics in the arts and sciences and on creative processes in the arts. She regularly publishes articles in journals in France and abroad. She teaches in the Bachelor of Arts and in Education Sciences at the UCO (Université Catholique de l’Ouest). She is a member of CIRET (International Center for Transdisciplinary  Research and Studies), and an associate researcher at LLCP – Paris 8, HCTI – UBO – Brest, and CHUS – UCO – Angers. From the experiments carried out within the processes of elaboration of two hybrid artistic forms, the author propose us to explore in this paper their poetics in order to highlight their transverse and transdisciplinary dynamics through three notions: the trans-invidual, the perturbation and the processuel. This approach will integrate an analysis of these specific experiences in research-creation by combining them with an aesthetic and phenomenological approach of art. This study thus aims at the valorization of innovative forms in the transdisciplinary processes able to reveal the operating modes intensifying the creativity and the imagination in arts and sciences, while also helping to de-hierarchize the knowledge and collaborations involved. a salvatory diving into the heart of these multiple and enlarged scriptures !

Philippe QUEAU is a former student of the école polytechnique. He is a graduate of the Ecole des Hautes Etudes en Sciences Sociales (EHESS). He was director of research at the institut national de l’audiovisuel (INA), head of the research group on televirtuality (virtual cloning) and founder of the IMAGINA program. he co-directed the first french film in 3d, maison vole (1983). he organized the first world link of three-dimensional televirtuality by digital link between paris and monte-carlo with virtual immersion in the abbey of cluny.  in 1996, he joined UNESCO as director of the division of the Information & Society and the memory of the world programme, and was responsible for the establishment of an international legal instrument on access to public domain information. He was director of the UNESCO office in Moscow, unesco representative for Armenia, Azerbaijan, Belarus, Georgia, Moldova and the Russian Federation, and UNESCO representative for the Maghreb. Back at UNESCO headquarters, he was director of the division of Ethics and Global Change, then assistant director-general of UNESCO for Human and Social Sciences. among his publications: Eloge de la simulation – de la vie des langages à la synthèse des images, éditions champ vallon/ina, 1986; Metaxu: Théorie de l’art intermédiaire, Champ Vallon/ina, 1989; Le virtuel – vertus et vertiges, Champ vallon/ina – 1993 (translated into japanese, spanish, finnish and italian); La planète des esprits. pour une politique du cyberespace, Odile Jacob Ed., Paris, 2000; Blessures modernes. essai de critique théologico-politique de la modernité. Metaxu Eds., paris, 2011; La fin du monde commun. Metaxu, Paris, 2016 & Sombres éclats, pâles lueurs. Metaxu, Paris, 2019. In this pamphlet, he questions the duality of consciousness through the kantian approach, starting from the premise that Kant affirms that consciousness (which he calls ‘soul’) is immaterial – just as the world of ideas and abstract thoughts is immaterial. But it is, according to the author, also linked to a body from which it receives material impressions and sensations. the consciousness thus participates in two worlds, the material world (sensible) and the immaterial world (intelligible). This is why the representation that consciousness has of itself, in its singularity, is quite different from its representation as simply attached to a body. Here is an inherent duality of the consciousness, which is observed in the deep sleep, and which also allows it to put itself, in the waking state, at a distance from the world which surrounds it, and to distinguish the phenomena, which are only phenomena, and the existence of other consciousnesses, which are of a ‘quite other’ essence. the reality of the world of phenomena is attested by the subjectivity of multiple subjects, and countless forms of consciousness. but nobody knows where consciousness comes from, nor can he guess the extent of all the forms it has taken in the universe, from the origin to our days, and may take in the future. We can only affirm that every consciousness is absolutely singular, because it recreates (in its way) the conditions of an original freedom. freedom which is that of the true life of the spirit (Noos) as evoked by Parmenides and Platon.

Marc-Williams DEBONO is the founding president of Plasticities Sciences Arts, director of the TD review PLASTIR and currently in charge of an Art & Science Center near Paris (CC91, Essonne department, Perimeter of Paris-Saclay, France), whose main issues are to mutualise the knowledge and practices of the artistic and scientific fields and to cover the transdisciplinary field (TD) looking at the evolution of the art, science and society axis. In this respect, he contributes to the realisation of the biennial event La Science de l’Art and works in a network with territorial partners and art-science structures of the Saclay plateau, Paris & IdF (Exoplanète Terre network) as well as on a national and European level (TRAS). For many years, he has also been involved in field-based TD actions as a member of PSA, CIRET (International Center for transdisciplinary researches and studies) and international organisations such as MDA and CISPH (UNESCO). On the scientific level, after having done a lot of work on the plasticity and bioelectricity of the nervous system, particularly on the developemental and neurodegenerative axis, he focuses his work on the electrome, sensitivity and plant cognition modes. Among his recent books for the general public, L’intelligence des plantes en question, Hermann, Paris, 2020, Mémoires singulières, mémoires plurielles, L’Harmattan Ed., Paris, 2018, Écriture et Plasticité de Pensée, Anima Viva Pub. House, Andorra, 2015, La mémoire de la vie; Edgar Morin-Patrick Curmi, Eds de L’Attribut, 2017. Fuller biography is available on the PSA website. He introduces this essay with Vernian roots and touching on mesological aesthetics in these terms: ‘Until recently, we thought of underground activities as eminently organic and bio-diverse, but much less as the breeding ground of a green intelligence, which, deployed over a considerable territory, could design another form of communication. How are roots linked to the history and geography of living beings, environments and anthropomorphic or symbolic human architectures? How does this new aesthetic disrupt our mesological relationship to the world? We will attempt to answer this question by examining the main axes of connection at play in this immense Vernian nexus and by showing how mesological plasticity is rooted in the otherness of plants… A dive into the heart of the plasticity of the living which is intended to be the initiator, if not of a fiction or an extraordinary voyage in which Jules Verne would be in charge, of a strong axis of connection through our common roots.

FROM CLOSURE TO MONADIC COMMUNICATION: THE ERROR OF LEIBNIZ

Péguy LUMUENE LUSILAVANA teaches philosophy and research methodology at the Université Pédagogique Nationale (UPN) and at the institut facultaire de développement (IFAD). His doctoral dissertation, defended at the Institut Catholique of Paris (ICP) and at the University of Poitiers (France, 2017), is entitled Penser la plasticité avec Henri Bergson à l’ère des neurosciences. Pour une philosophie des relations and was published by Hermann, Paris (2021) under the title: La pensée de Bergson à l’ère des neurosciences cognitives. Plasticity of the brain and metamorphosis of human relations. The author chooses to deal in an original way with the plastic natures and ‘Leibniz’s error’ for Plastir, summarising his approach as follows:« Contrary to what Leibniz asserts in his monadology, a communicational approach suggests that, in order to be able to bond with each other, monads must behave. The presence of other monads nearby, in a given environment, would not leave the monad indifferent. on the contrary, it would be affected by this otherness, and almost summoned to adapt to this modification of its environment. this adaptability of the monad is an indication of its plasticity that allows it to forge links with other monads. in Leibniz’s dialogues on morality and religion we can already observe this detour through communication, understood as behavior. »